Happy Holi to you all dear friends... :) 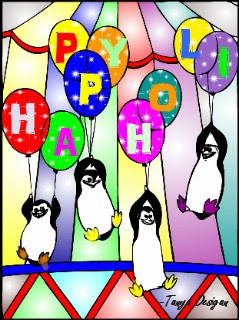 We group of friends planned to celebrate holi with colorful recipes, so this recipe is for holi celebrations :)

We don't have a custom of celebrating holi in our family. To frankly say I have seen holi only in movies, until my college days. During my college days, once it fall on my friend's birthday, and we celebrated the birthday and holi together, Since the birthday gal was running all over our floor to escape from colors, we ended up washing the entire floor of hostel.... :) Unforgettable holi and Birthday it was. 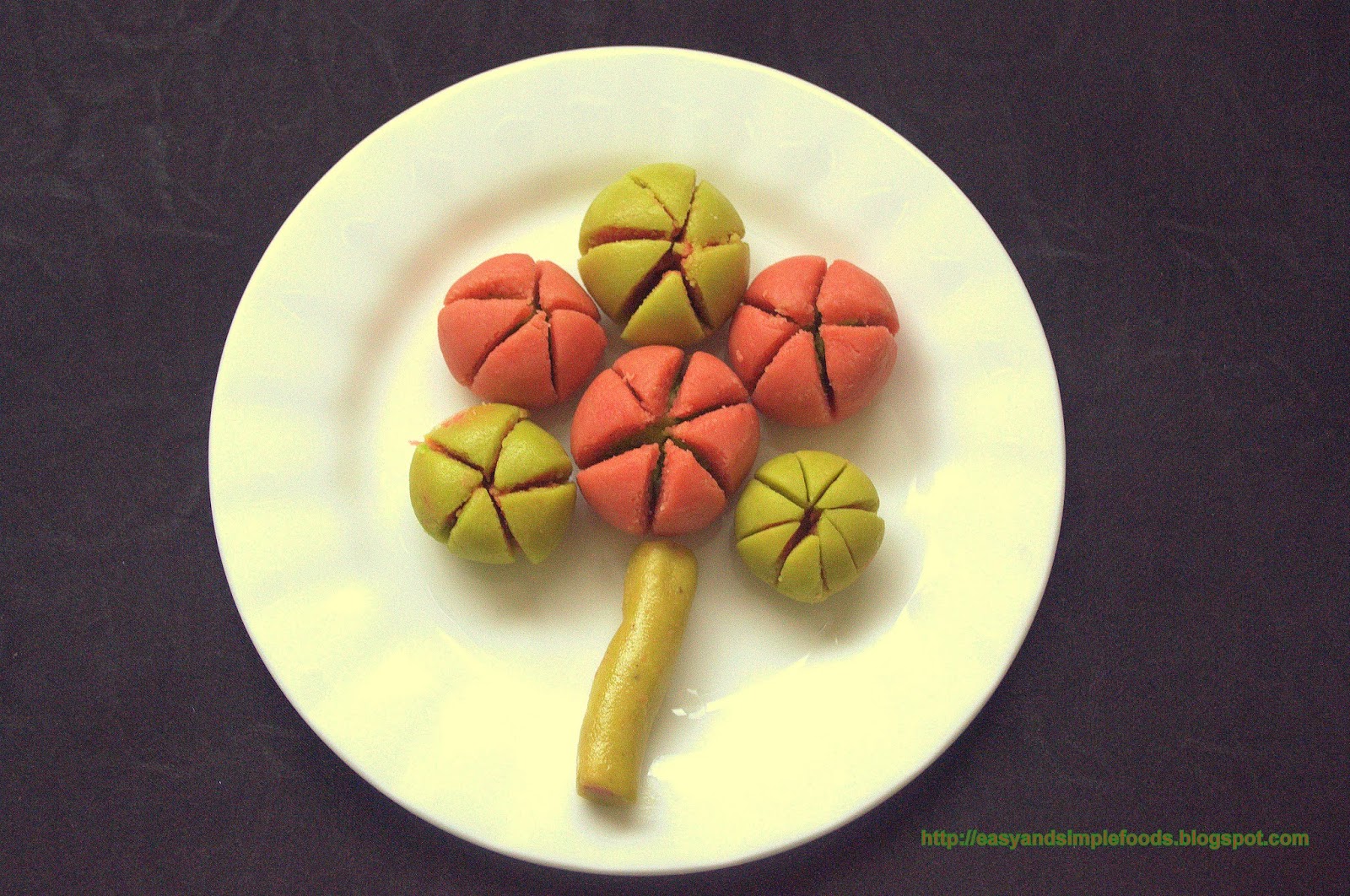 Now about Holi, I am very much sure to introduce  all the festivals to my daughter whenever it is possible. I believe, if i keep saying about the festivals and the celebrations, she will have the touch of the nativity. So this year, I have introduced Holi to her. As of now she knows, Holi means playing with colors :)

She was very eager to know the process while i was preparing the sweets. After eating the sweets, she gave me a certificate also as "You made so Yummy Sweets Mamma!". Anything else do I need? :)
Now Lets get into the Recipe

When i decided to make some, colorful sweets, first came in my mind is the kaju sweets and milk sweets...

When I googles, I have come across Chitra's kaju flower recipe and I was so attracted to her pics... I am always a fan of chitra's food photography.... Especially I like a picture of aapam recipe, i always wonder, how did she took the pic with its steam visible... Good work chitra... Good to know you throw blogging :)

Initially I thought, Preparing it would be a difficult process,But it was so easy, and definitely treat you family with less efforts... 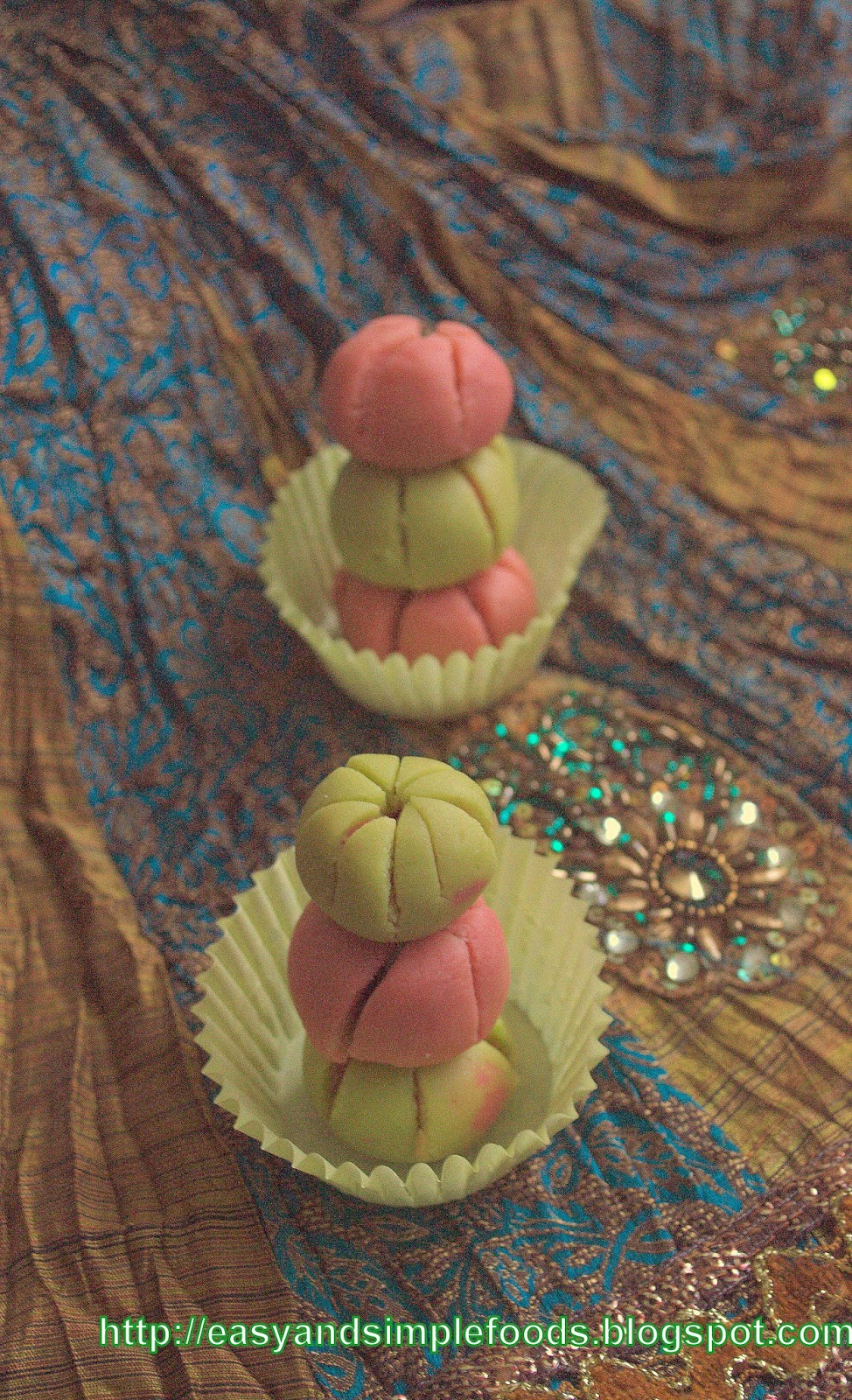 1. Powder the cashew nuts in mixer grinder, make it a fine one.
2. In a pan, add sugar and water and let it dilute and boil
3.When it reaches the one string consistency, add the cashew powder to it  and mix well without lumps.
4. when it becomes non- sticky and gets tight, transfer the dough to the greased plate .
5. divide the dough into two halves and put a few drops of diluted food color on the dough.
6. Just mix them with a spoon, when it gets warm or bearable to touch, kneed them with hands to spread the color evenly.
7.apply ghee on both hands and make small ball of each colors. 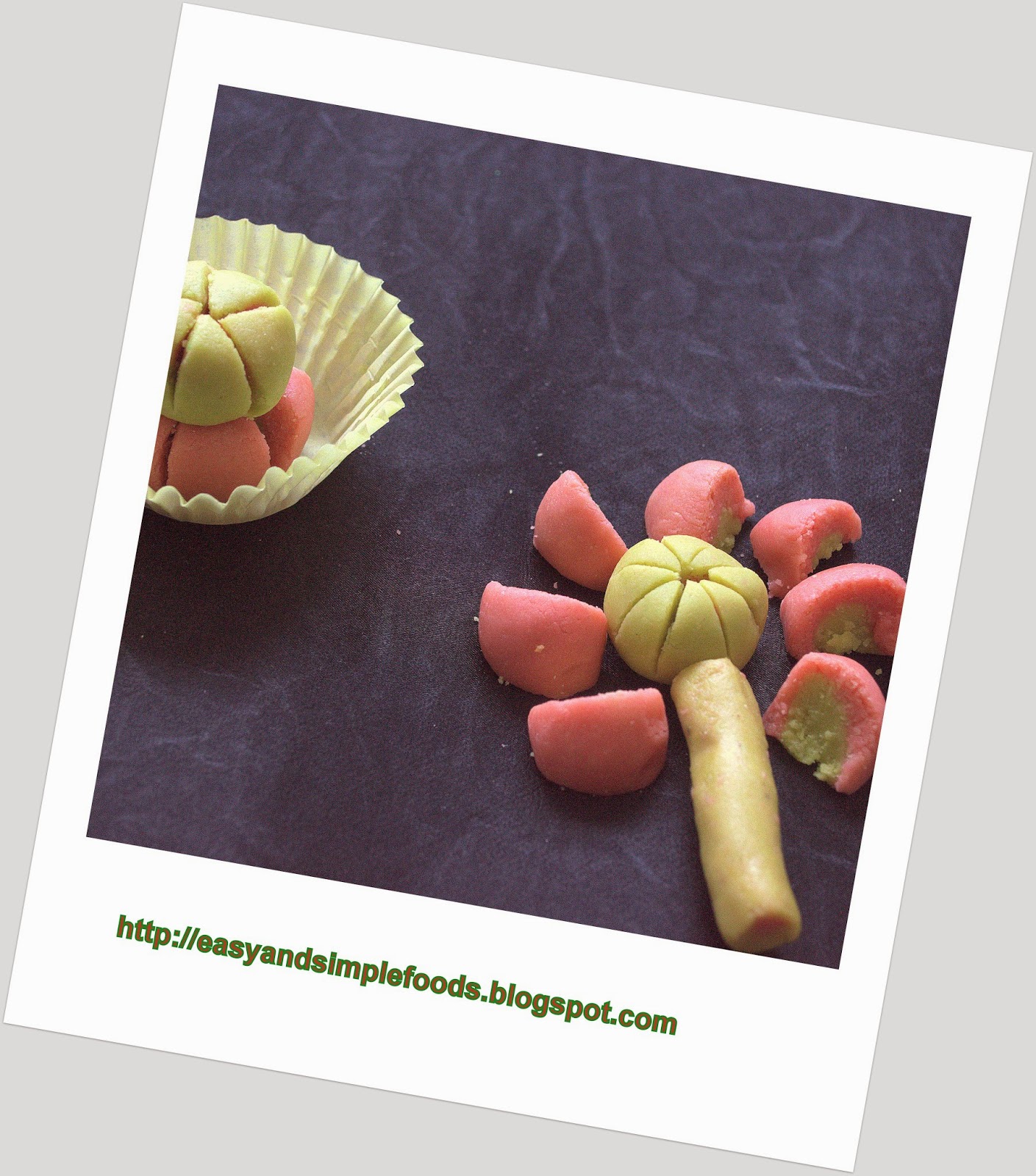 How to make it to flower shape:
(sorry I could not take pics of this stage.)
1 .First spread the green color dough ball into flat on palms.
2. keep the red ball on it. Cover it and roll it as a ball again using palms (how you make the stuffed chapati balls)
3. Now using a knife, cut it into five or six portions. do not cut to the end. you have to cut it upto 3/4 way.
4. Now repeat the steps for remaining balls too. 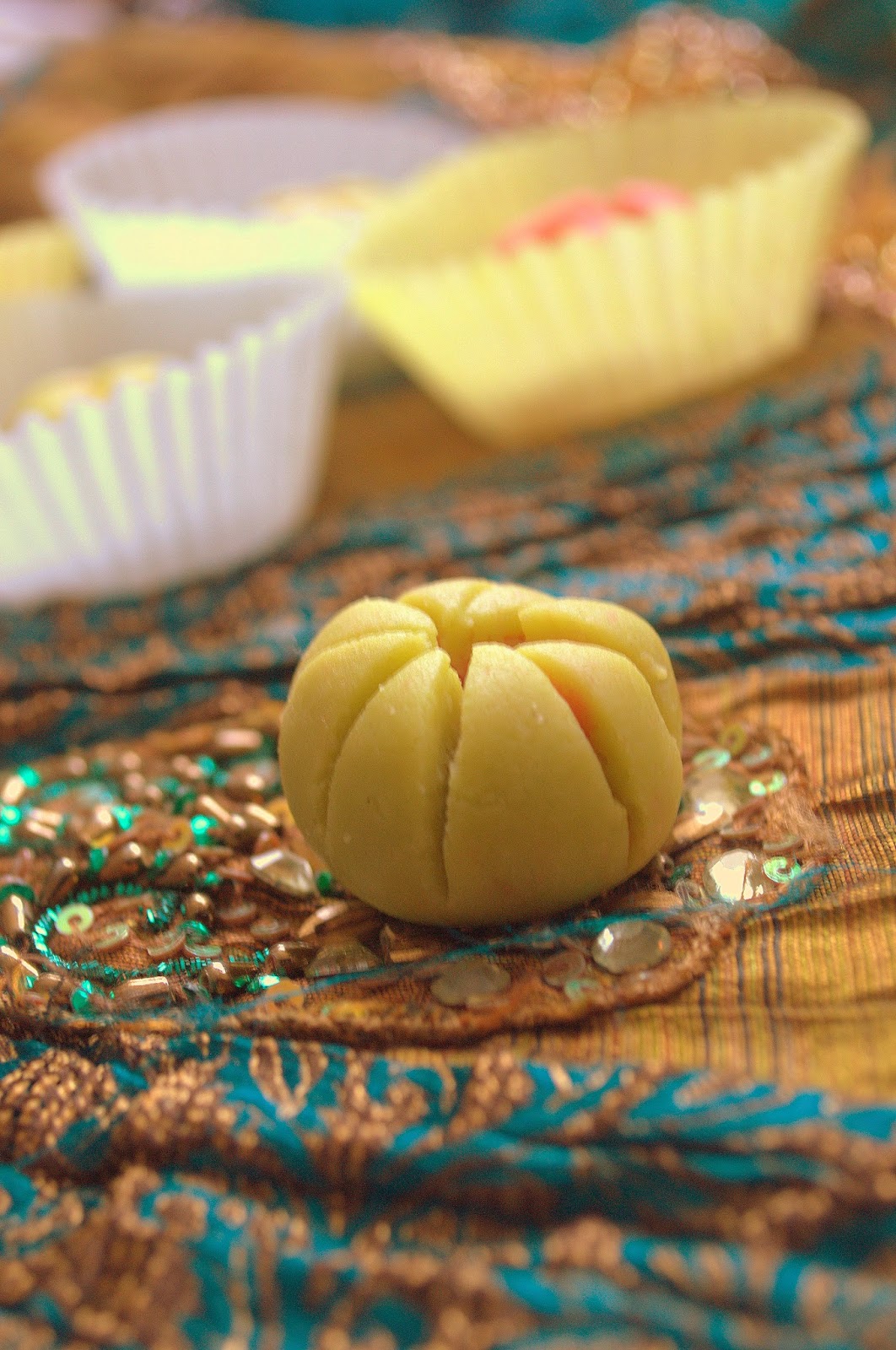 Notes:
If the mix looks little watery also no problem, it will get dry fast.
If the mix gets too dried, add a tea spoon  of boiled milk at room temperature.
I have used a little amount of food color 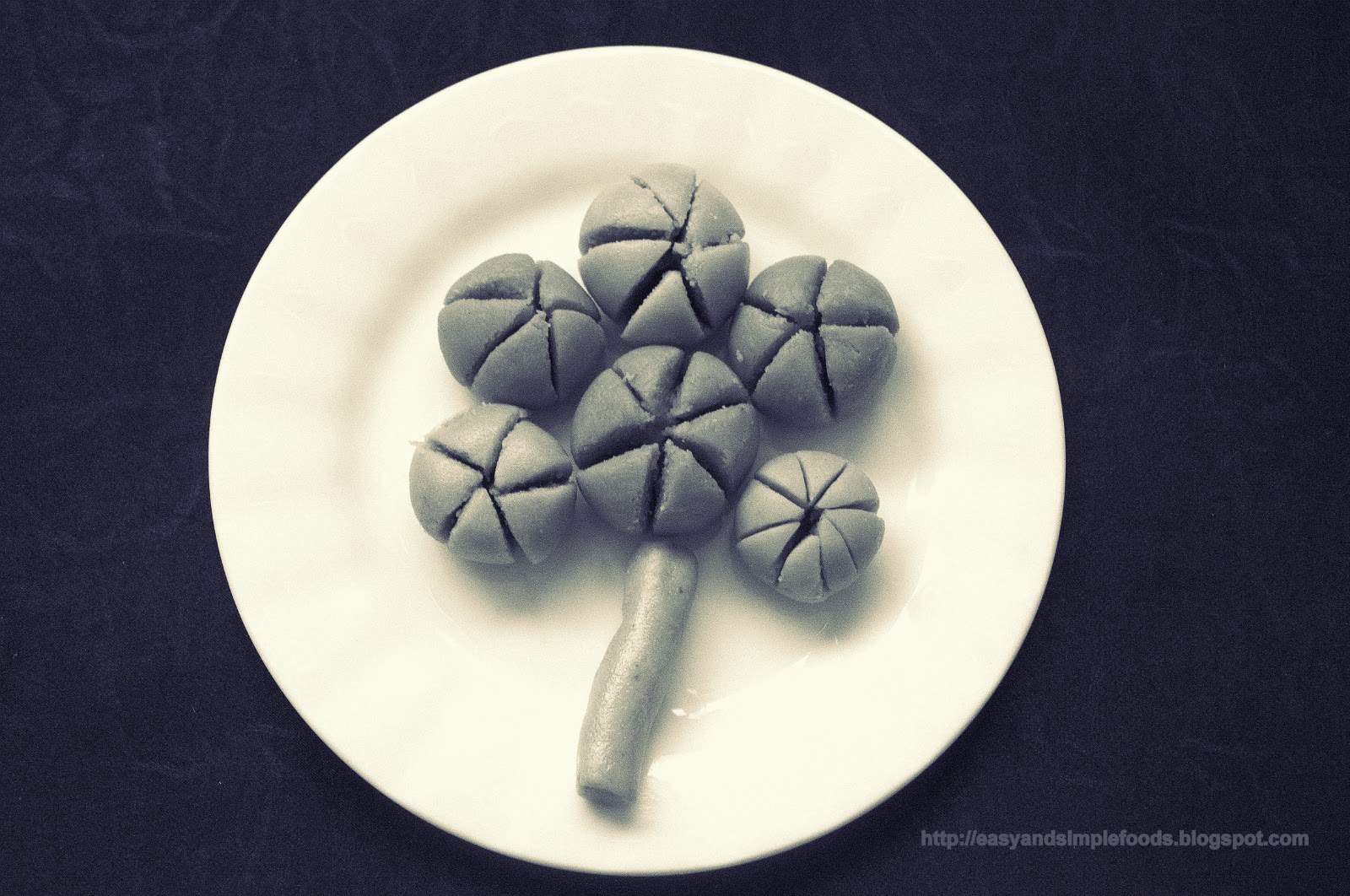 Sending this to the event,

Black and white wednesdays hosted by Deepali , administrated by Cindy and organized by Susan

FR event hosted by Tanushree and Organized by Swathi

Click on Yum Button if you think this recipe is Yummy :)

Find my recipes in

A Proud Member of

My recipes are on
Very Good Recipes 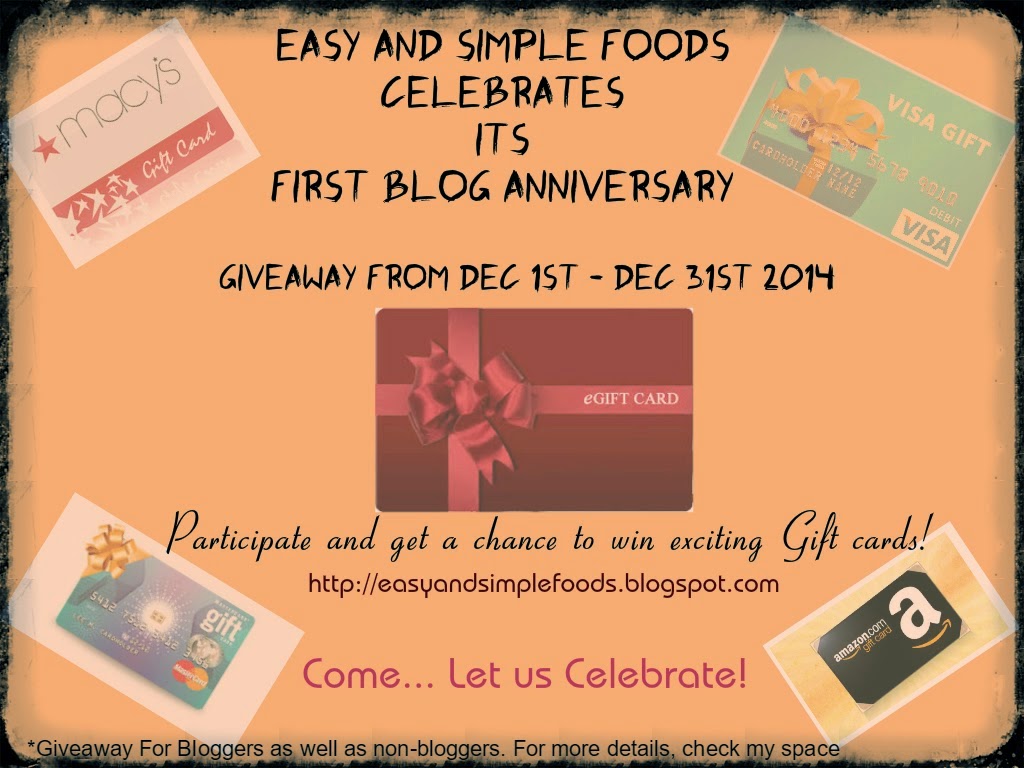 For whom this blog is useful?

If you are an beginner level cook, lazy to cook with a long list of ingredients, not having much patience with the lengthy processed cooking, then you can check my recipes.